Move over Disney, take a back seat Netflix, Apple’s muscling its way into your screens. The firm has announced the launch of Apple TV+ from November 1. Just like with Apple Arcade, users will pay just $4.99 for it, undercutting Netlix’s $7.99 price point.

“We’re honoured that the absolute best lineup of storytellers in the world — both in front of and behind the camera — are coming to Apple TV+,” said Eddy Cue, Apple’s senior vice president of Internet Software and Services earlier this year. “We’re thrilled to give viewers a sneak peek of Apple TV+ and cannot wait for them to tune in starting this autumn. Apple TV+ will be home to some of the highest quality original storytelling that TV and movie lovers have seen yet.”

“With Apple TV+, we are presenting all-original stories from the best, brightest and most creative minds, and we know viewers will find their new favourite show or movie on our service,” said Zack Van Amburg, Apple’s head of Worldwide Video. “Each Apple TV+ original offers its own unique story, fresh perspective and powerful message — all meant to entertain, connect and inspire cultural conversations.”

Of course, it’s not clear exactly whether these other services need to be concerned. Netflix has shows like Stranger Things, Amazon has features like the Boys, and Disney’s streaming service has pop-culture. No, I’m not qualifying that with an amount, it just does. Without anything to compel users to switch, one has to wonder whether that $4.99 price point will be enough of a lure. Apple TV does have originals of its own like See starring Aquaman/Game of Thrones veteran Jason Mamoa, For All Mankind, and an exclusive Oprah Winfrey show. We’ll just have to see whether the Apple halo effect is strong enough to drive adoption. 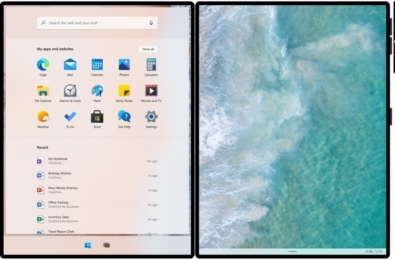