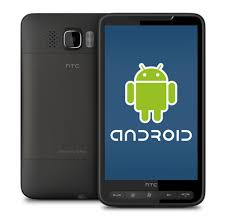 This is the last time you will hear from me about Android on the HD2 (unless something big happens between now and Aug). It seems like its a daily thing for the hard working Android porters to bring improvements to their software and this time we have a lot of new things that I find important. The changes now include camera, Ubuntu, load time, and more.

XDA admin Savitus has seen the changes and even went on to make a new forum to have Android development all homed there.

Changes after the break:

07/01/2010 android with sense for HD2 in Build section
07/04/2010 sensors working – (compass, G, light, proximity) – code available in git. See Build section for set of files to test. zImage in Advanced section updated. Thanks for the patch go to Parad0XUA
07/05/2010 Vibro working too. Code pushed, zImage updated.
07/05/2010 LeTama added WiFi support. Patch and Build following
07/08/2010 Timers updated in htc-msm-2.6.32 kernel
link to frequently updated kernel (zImage) autobuilds in advanced builds section added
new wiki page with detailed status info http://htc-linux.org/wiki/index.php?title=Leo/Status
07/10/2010 initial testing with 3g data connection, WiFi patches in git soon.
07/10/2010 Source code for 3g data connection and WiFi are available from git now
07/11/2010 New extra smooth android kit with the most recent Linux Kernel available in Android section! This has all kinds of stuff like hardware 3d acceleration, bluetooth, WiFi and 3g data connection included.
07/13/2010 support for camera added. taking videos does not work yet
07/14/2010 ongoing merge of Cotullas entire linux kernel sources (which added all the new features in recent builds) with the git kernel source code repository for hd2Preliminary patch at http://oe.netripper.com/files/cotulla-merge.diff Sorry for the delayed release of the sources!
07/16/2010 Many of the recent changes now in official git repository
07/17/2010 Initial support for battery monitor and audio recording available. Linux kernel zImages on cotulla’s site. No code available yet.
07/18/2010 FM receiver working in android
07/19/2010 Proximity sensor working in official git repository
07/20/2010 we created a facebook page for the htc-linux project
07/22/2010 due to legal concerns I will not directly link to ripped android images with proprietary parts which I am not allowed to distribute (e.g. HTC Sense). I don’t want to cope with some lawyer mail.
07/24/2010 please read this before releasing HD2 android roms http://forum.xda-developers.com/show….php?p=7336826
07/25/2010 some new updates in the local cotulla source tree farm: seems like he added support for switching the panel (display) on/off. Find latest zImage (Linux kernel builds) on cotula’s site Unfortunately there is still no source code for the recent changes but it will be released soon.
07/25/2010 turbo mode problem fix source code in official git kernel repository. autobuilds as usual on netripper site (look for zImage builds below)
07/26/2010 Ready to go Ubuntu v0.2 with very big changelog in the making
07/26/2010 a stable solution to the 3g DATA problem is found. I will add the kernel code and builds for the chefs later.