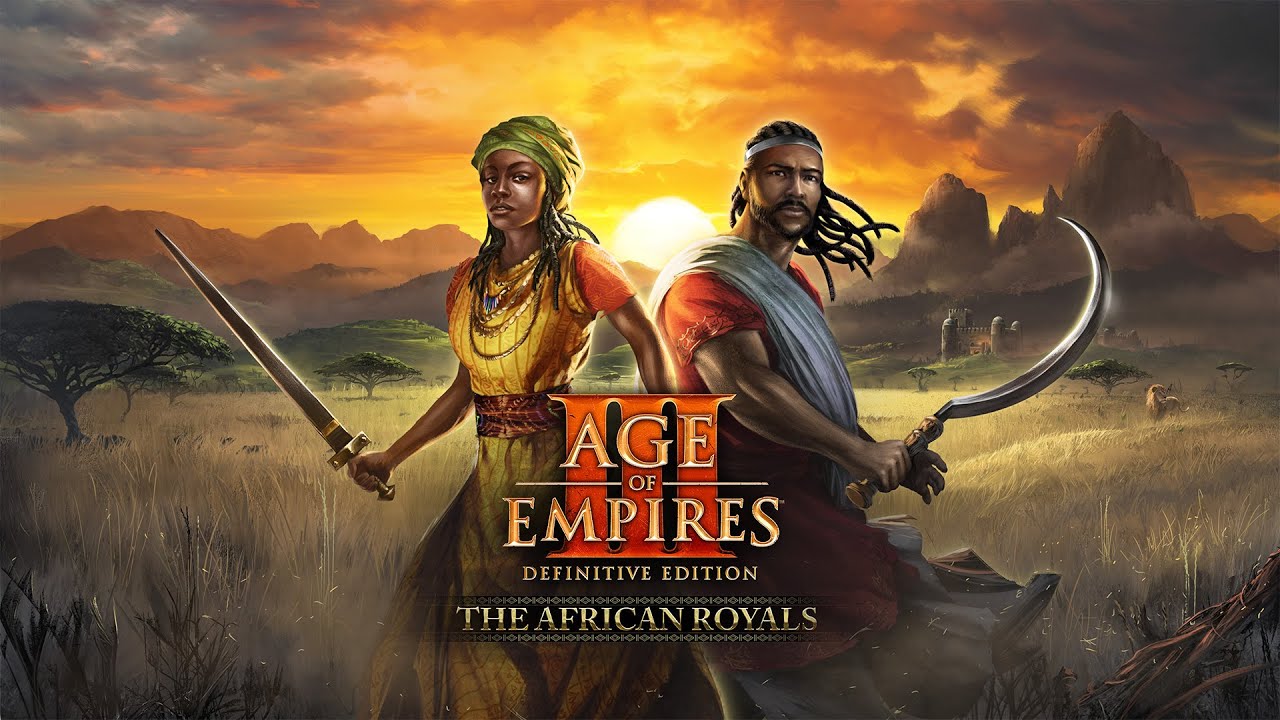 Microsoft yesterday announced the availability of Age of Empires III: Definitive Edition – The African Royals expansion. This expansion includes two brand-new civilizations and their kingdoms: the Ethiopians and the Hausa of Africa. You can also experience 3 all-new Historical Battles, 15 new African maps, 5 new Indigenous African Civilizations to ally with.

Dive into the heart of Africa as you explore a new continent for Age of Empires III: Definitive Edition with two brand new civilizations and their kingdoms, the Ethiopians and the Hausa!

Using an Age up mechanic unique to the African civilizations, gain new Alliances with every age and use your Influence to hire your allies’ units or research their technologies. Construct a Palace to recruit Mercenaries, Alliance units, Imported Artillery or the new Gatling Camel. Build a Granary to lure hunted animals and boost your food gathering, or a Livestock Market to trade Sanga and Zebu Cattle, or go all in with a legendary Royal Banquet, securing a generous amount of Influence for your allies to strengthen your armies.

Ethiopia:
Make the “Roof of Africa” your home with Palaces and Mountain Monasteries, while Shotel Warriors break the enemy lines and your mortars rain explosive shots on enemy units and buildings alike. Train the mighty Oromo to cut down enemy cavalry charges, deploy Neftenya to take potshots at the opposing infantry, or use any of the alliances at your disposal to orchestrate the perfect strategy for your playstyle.

Hausa:
Build a flourishing Hausa Kingdom with inspiring Griots, lucrative Livestock trades and influential Universities, then guard your possessions with Maigadi guards and imported cannons. Get ahead of your adversary early, by razing their empire with a mix of resourceful Fulani Archers, fast Raiders, and imposing Lifidi Knights.

The Battle of the Three Kings – Sebastian of Portugal, a young and jealous king, has launched an invasion into Morocco under the pretense of a crusade. The Saadis, however, are not impressed and gather their army to meet the invaders. The Iberians may have superior technology, mercenaries, and the help of a local puppet sultan, but the sultan’s forces are fighting to protect their homes.

Fall of the Hausa – Exiled from the Hausa city-state of Gobir for criticizing the greed and immorality of the city’s elites, the scholar, writer, and military leader Usman dan Fodio united Fulani nomads, Hausa peasants, and escaped slaves to spark a revolution on West Africa’s Sahel.

The Era of the Princes – For over a century, Ethiopia struggled as local warlords vied for power in the declining old empire. There seemed to be no way out of the conflict until a man named Kassa Hailu stepped in. Kassa, a veteran of the Ethiopian-Egyptian wars, could no longer bear to watch as his country was torn asunder. He would fight the warlords and gift the loot to the impoverished Ethiopian peasants.