After nearly two years of leaving the CEO position at Microsoft, Steve Ballmer is still Microsoft’s biggest share holder, and at today’s Microsoft share holder meeting he shared some misgivings about the company’s direction, including with Windows phones.

At the event a share holder asked about the absence of the Starbucks app on Windows Phone, and asked why Microsoft was not investing more in cultivating third party apps.

In response current CEO Satya Nadella said Universal Windows Apps would appeal to Windows developers by allowing them to write applications that work on computers, phones and tablets, targeting a larger array of devices than just Microsoft’s handsets that have just a single-digit share of the mobile market.

Steve Ballmer was however clear about his views on that strategy.

“That won’t work,” Ballmer commented as Nadella spoke. Instead, the company needs to enable Windows Phones “to run Android apps,” he said.

The opinion is particularly pointed given that Microsoft appears to have cancelled Project Astoria, which allowed just that.

Of course under Satya much of Steve Ballmer’s work to secure Windows Phone’s future was undone, including firing 18,500 employees (mostly ex-Nokia staff) and cutting investment in the mobile business by selling less models and less phones in fewer regions.  On the other hand Steve Ballmer clearly did not have the formula for success, presiding under the fumbled transition from Windows Mobile to Windows Phone 7 and 8 between 2010 and 2014.

Do our readers think Satya or Ballmer is right? Let us know below. 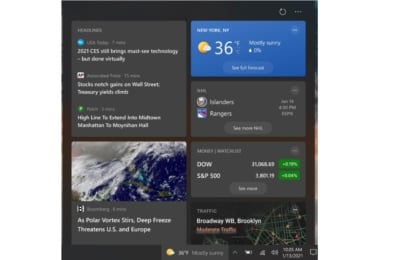